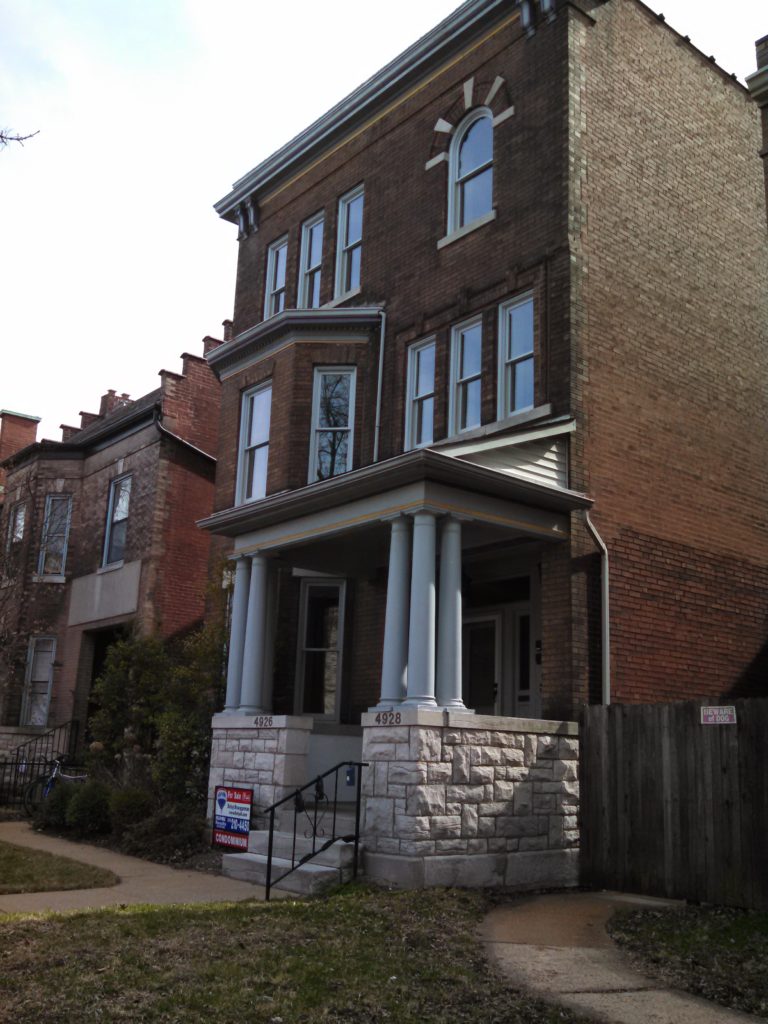 Once I digested the family archives now in my possession, I realized I had to make a field trip back to the Midwest to collect more information.  My first field work was in St. Louis, in March 2015, although Blanche lived in Illinois most of her life.  I took my mother, Mary Kay, 94, on all of these field trips.

We visited Union Station, the train station in St. Louis, for two hours, then Mary Kay led me to a lovely Irish Pub in the residential neighborhood just east of Forest Park, called the West End, and we had to park two blocks down from the restaurant.  Our parking spot and the restaurant were on McPherson Avenue.  During lunch I suddenly remembered that the McPherson name was familiar.  I called my husband in California and sent him to look in the file box of Blanche research material to see if there was a letter with a McPherson address. He came back to the phone very excited.  He read to me the address on McPherson of a letter to Blanche Spencer.  The envelope, in Austin Spencer’s handwriting, was dated Jan 23, 1911, and the address was 4926 McPherson.  We quickly finished our lunch and went looking for this address.

We walked to our car, AND IT WAS PARKED AT 4926 McPHERSON AVENUE!  There was a “For Sale” sign in the yard, and Mary Kay knew the real estate agent.  We quickly took photographs of house front and back, then drove home and contacted the agent about later access into the building.

The current owners of the building live out of the country and could not be reached to give us permission for building access.  The real estate agent instead sent us the website address of the building.  We spent a long time at Mary Kay’s condo looking at the 25 or so photographs of the inside of the building.  The entire structure has now been converted into three condos, and the rooms are greatly modernized, or reconfigured altogether, and it no longer seemed necessary to get into the building.  I have conjured up the 1911 inside rooms from the layout of a similar shape and age building I visited in St. Louis on the same trip.

The building at 4926 McPherson was the third home of the Robey family.  The first half of Chapter #24 takes place in this building. The letter from Austin Spencer greatly changes Blanche’s life.